A downloadable HCF for Windows, macOS, Linux, and Android

Choose a Technique. Kill a Conspirator. Search for the meaning of HCF. #HCFtwine

*Please note: This game is best experienced with headphones. If you don't have headphones, though, don't sweat it. :) Please savor this experience.*

Made for the Twiny Jam (https://itch.io/jam/twiny). The word count (not including repeated phrases) is 299.

All images on the game's cover are free-use and under the Creative Commons license. All of them can be found at: http://commons.wikimedia.org/wiki/Human_body_diagr...

***PARTIAL VOICE-ACTING HAS NOW BEEN IMPLEMENTED! THE SHOPKEEPER IS VOICED BY BRANDON KOZIATEK. CONTACT HIM AT BOKULTRA@GMAIL.COM.***

UPDATE (4/11/15)- Took out the Wav audio, thus decreasing the file size from 29mb to 5mb. Tweaked the writing a bit, since coughlinjon said it was sometimes hard to tell who was speaking. Since that put me over the word limit, I put it in as a separate file from the original (HCF 300+.zip)

UPDATE (5/14/15)- Now with voice-acting for The Shopkeeper! Did some writing tweaks, too, and added a sound effect. This is also a separate file (HCF 300+VO.zip). The other files have been deleted, for convenience. If you want me to put them back up, let me know by sending me a message.

The clock sound is coocoo clock chime.wav by photogtony, and can be found here: http://freesound.org/people/photogtony/sounds/2420.... I modified it, which is permitted under the sound's licence, Creative Commons 0. (See the sound's page for more detail)

As a participant of this event, what do you beleive HCF means?

Find me on Twitter @NaomiNorbez. Or send an e-mail at mninorbez@gmail.com. 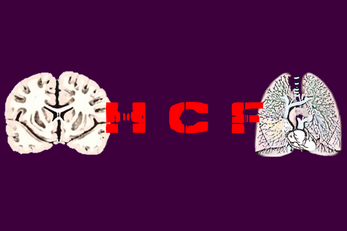